Chefs, Drugs and Rock & Roll transports readers back in time to witness the remarkable evolution of the American restaurant chef in the 1970s and ’80s. Taking a rare, coast-to-coast perspective, Andrew Friedman goes inside Chez Panisse and other Bay Area restaurants to show how the politically charged backdrop of Berkeley helped draw new talent to the profession; into the historically underrated community of Los Angeles chefs, including a young Wolfgang Puck and future stars such as Susan Feniger, Mary Sue Milliken, and Nancy Silverton; and into the clash of cultures between established French chefs in New York City and the American game changers behind The Quilted Giraffe, The River Cafe, and other East Coast establishments. We also meet young cooks of the time such as Tom Colicchio and Emeril Lagasse who went on to become household names in their own right. Along the way, the chefs, their struggles, their cliques, and, of course, their restaurants are brought to life in vivid detail. As the ’80’s unspool, we see the profession evolve as American masters like Thomas Keller rise, and watch the genesis of a “chef nation” as these culinary pioneers crisscross the country to open restaurants and collaborate on special events, and legendary hangouts like Blue Ribbon become social focal points, all as the industry-altering Food Network shimmers on the horizon.

Told largely in the words of the people who lived it, as captured in more than two hundred author interviews with writers like Ruth Reichl and legends like Jeremiah Tower, Alice Waters, Jonathan Waxman, and Barry Wine, Chefs, Drugs and Rock & Roll treats readers to an unparalleled 360-degree re-creation of the business and the times through the perspectives not only of the groundbreaking chefs but also of line cooks, front-of-house personnel, investors, and critics who had front-row seats to this extraordinary transformation.

Be the first to review “Chefs, Drugs And Rock & Roll” Cancel reply 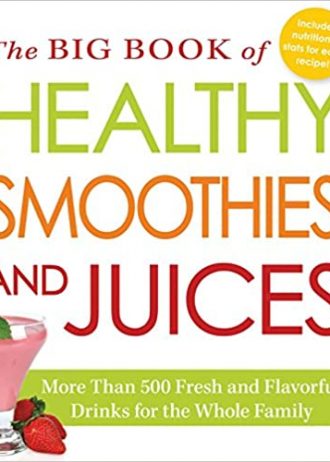 The Big Book of Healthy Smoothies and Juices

Hundreds of delicious smoothies and juices right at your fingertips!

Need a quick burst of energy and nutrition? With this cookbook, you’ll learn how to combine fresh fruits and vegetables into hundreds of tasty drinks that will keep you feeling full throughout the day. Featuring step-by-step instructions and nutritional data for each flavorful drink, The Big Book of Healthy Smoothies and Juices offers more than 500 easy-to-make recipes, such as:

Whether you’re interested in cleansing your body or just looking to incorporate more wholesome foods into your diet, you’ll find all you need to indulge in the vitamin-packed drinks you love in The Big Book of Healthy Smoothies and Juices! 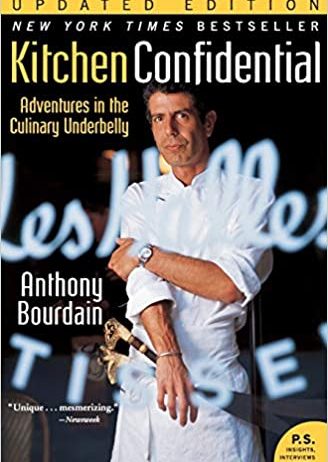 A deliciously funny, delectably shocking banquet of wild-but-true tales of life in the culinary trade from Chef Anthony Bourdain, laying out his more than a quarter-century of drugs, sex, and haute cuisine—now with all-new, never-before-published material. 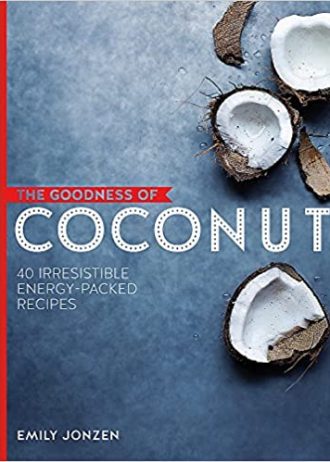 Few foods have seen the spotlight in recent years as much as the coconut. Since lingering at the bottom of the fashionable fruit chart, the brown, hairy, and difficult-to-crack contender has risen to the top, making up for what it lacks in looks by packing a nutritional punch. Its liquid form has even been referred to as an “uniquely curative elixir”―indeed, the humble coconut is certainly having its moment.

Once confined to the filling of a Mounds bar, coconut now comes in an array of forms. Part of The Goodness Of… series, this book is arranged by texture and variety, with chapters on Milk & Water, Oil, Flour, and Dried. Packed with an amazing range of recipes from savory dishes such as coconut-crusted Spicy Chicken or Grilled Vegetables with coconut chips to sweet things such as coconut flour pancakes and Coconut & Cherry Bircher Museli, Emily will have you going nuts over nature’s finest and most versatile ingredient. The unassuming coconut is now taking its rightful place as the darling of the “superfoods”. 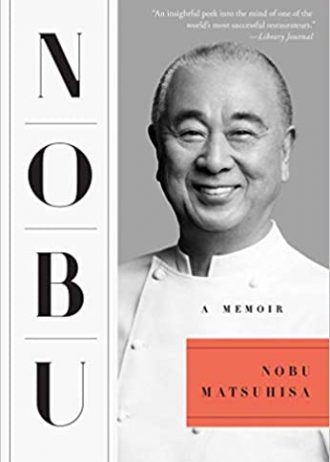 Notes From A Young Black Chef

By the time he was twenty-seven years old, Kwame Onwuachi had opened—and closed—one of the most talked about restaurants in America. He had sold drugs in New York and been shipped off to rural Nigeria to “learn respect.” He had launched his own catering company with twenty thousand dollars made from selling candy on the subway and starred on Top Chef. Through it all, Onwuachi’s love of food and cooking remained a constant, even when, as a young chef, he was forced to grapple with just how unwelcoming the food world can be for people of color. In this inspirational memoir about the intersection of race, fame, and food, he shares the remarkable story of his culinary coming-of-age; a powerful, heartfelt, and shockingly honest account of chasing your dreams—even when they don’t turn out as you expected. 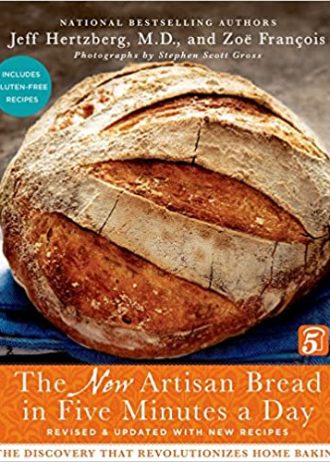 The New Artisan Bread in Five Minutes a Day

The New Artisan Bread in Five Minutes a Day is a fully revised and updated edition of the bestselling, ground-breaking, and revolutionary approach to bread-making–a perfect gift for foodies and bakers!

With more than half a million copies of their books in print, Jeff Hertzberg and Zoë François have proven that people want to bake their own bread, so long as they can do it easily and quickly. Based on fan feedback, Jeff and Zoë have completely revamped their first, most popular, and now-classic book, Artisan Bread in Five Minutes a Day.

Responding to their thousands of ardent fans, Jeff and Zoë returned to their test kitchens to whip up more delicious baking recipes. They’ve also included a gluten-free chapter, forty all-new gorgeous color photos, and one hundred informative black-and-white how-to photos. They’ve made the “Tips and Techniques” and “Ingredients” chapters bigger and better than ever before, and included readers’ Frequently Asked Questions.

This revised edition also includes more than thirty brand-new recipes for Beer-Cheese Bread, Crock-Pot Bread, Panini, Pretzel Buns, Apple-Stuffed French Toast, and many more. There’s nothing like the smell of freshly baked bread to fill a kitchen with warmth, eager appetites, and endless praise. Now, using Jeff and Zoë’s innovative technique, you can create bread that rivals those of the finest bakers in the world in just five minutes of active preparation time.