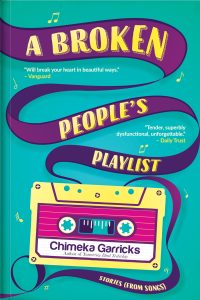 ‘A Broken People’s Playlist’ is a collection of stories in the soundtrack of life. 12 music-inspired tales are told about love, the human condition, life’s micromoments, and an every-people’s search for meaning and sometimes, redemption.

The stories are also part-homage and part-love letter to Port Harcourt (the city which most of them are set in). A man who throws a living funeral for his dying brother; three friends ponder penis captivus and one’s peculiar erectile dysfunction; and a troubled woman tries to find her peace-place in the world, helped by a headful of songs and ginger tea. There’re also interlinked stories: one of a teenage wannabe-DJ who just wants to play his first gig as his family breaks up; and another of him, years later, as a middle-aged man drunk-calling his ex-wife.

The prose is distinctive as it is concise and unapologetically Nigerian. And because the collection is infused with the magic of evocative storytelling, everyone is promised a story, a character, to move or haunt them. 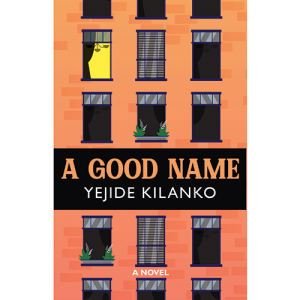 Twelve years in America and Eziafa Okereke has nothing to show for it. Desperate to re-write his story, Eziafa returns to Nigeria to find a woman he can mold to his taste. Eighteen-year-old Zina has big dreams. An arranged marriage to a much older man isn’t one of them. Trapped by family expectations, Zina marries Eziafa, moves to Houston, and trains as a nurse. Buffeted by a series of disillusions, the couple stagger through a turbulent marriage until Zina decides to change the rules of engagement. A Man of the People

From the renowned author of The African Trilogy, a political satire about an unnamed African country navigating a path between violence and corruption

As Minister for Culture, former school teacher M. A. Nanga is a man of the people, as cynical as he is charming, and a roguish opportunist. When Odili, an idealistic young teacher, visits his former instructor at the ministry, the division between them is vast. But in the eat-and-let-eat atmosphere, Odili’s idealism soon collides with his lusts—and the two men’s personal and political tauntings threaten to send their country into chaos. When Odili launches a vicious campaign against his former mentor for the same seat in an election, their mutual animosity drives the country to revolution.

Published, prophetically, just days before Nigeria’s first attempted coup in 1966, A Man of the People is an essential part of Achebe’s body of work. 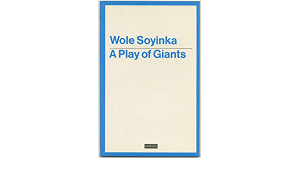 A Play of Giants

A Play of Giants is a savage satire on some of the best-known dictators of our time (including Idi Amin); it brings together a group of dictatorial African leaders at bay in an embassy in New York attempting to make decisions together. 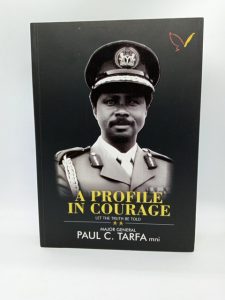 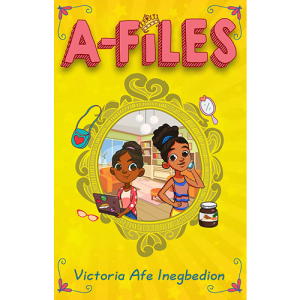 Nita’s (almost) perfect world has just been turned on its slightly ruffled but otherwise happy head. Now, not only does she have to endure living with Adesuwa, the world’s most overbearing sister, she has to go to school with her as well!

Will Nita succeed at finding a place for herself at her new school or will she be totally blotted out by Adesuwa’s (totally ridiculous) popularity?

A-Files is the first in a series of middle-grade children’s books by Victoria Afe Inegbedion. It follows the lives of teen sisters Nita and Adesuwa as they navigate life, school and family. 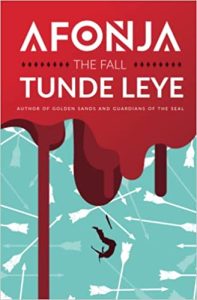 Afonja The Fall is the second book in the Afonja Trilogy. Historical fiction, set in the final days of the collapse of the Oyo Empire.

It continues the story of the titular Afonja, the generalissimo of the Oyo Empire and his clashes with the Alaafin who is nominally his lord. Ultimately, Afonja comes crashing from the heights of power he attained in The Rise and Ilorin is forever lost to the Yoruba. 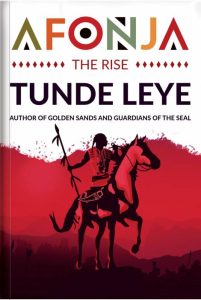 When Alaafin Abiodun Adegolu died, the Oyo Empire was in a slow decline. The provincial chiefs who helped him defeat the tyrannical Bashorun Gaa had grown in power and the Oyo chiefs were more politicians than warriors. So, when the Oyo Mesi selected a provincial prince, Aole Arogangan to ascend the throne of his fathers, they believed they had an Alaafin they could control.

But Aole had different ideas and he sought to restore the glory of the empire and the supremacy of the Alaafin as its emperor. In this, however, his ambitions clashed with those of Afonja, the powerful provincial chief of war camp, Ilorin. Afonja had been promised the office of Aare Ona Kakanfo of all the Oyo forces by the Oyo chiefs in order to secure his support for Aole’s ascension. He would stop at nothing to take what he believed was his by right.

Afonja – The Rise is the story of how the clashes of these two men and the intrigue of the others around them transformed what was a slow decline into a race of the empire towards its collapse. In Afonja – The Rise, we tell their stories first as what they were – men and women living their lives, warring, scheming and loving in ways that will be familiar to the reader – beyond their roles as actors in the epic history of the great Oyo Empire. 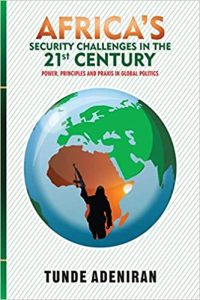 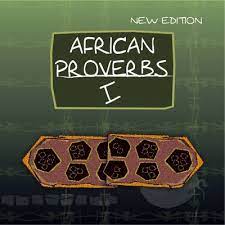 A compilation of proverbs from all over Africa showing the richness of African culture and tradition, as well as the continuing relevance of these timeless words of wisdom in our increasingly globalized and digitalized world. Includes 3 books: African Proverbs 1, African Proverbs 2 and African Proverbs 3 for Kids. 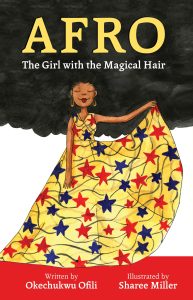 Afro: The Girl With The Magical Hair

But the queen has plans of her own… 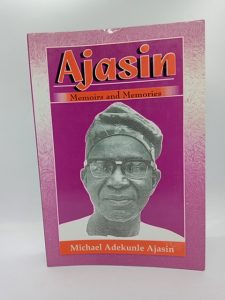 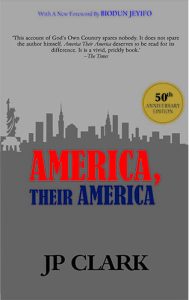 This is an account of one programme to make friends for America during the Cold War, which failed with a Parvin Fellow at Princeton, the young JP Clark. The Nigerian poet later went on to enjoy warm hospitality in the United States, returning as a guest of the State Department, Distinguished Fellow at the famous Centre for the Humanities at Wesleyan University in Connecticut, and Visiting Professor at Lincoln and Yale. With grants from the Ford Foundation, he also took a tour of theatres from coast to coast, and to help run his own repertory company at home in Lagos. 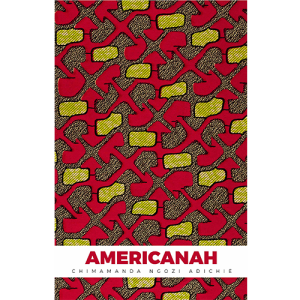 As teenagers in Lagos, Ifemelu and Obinze fall in love. Their Nigeria is under military dictatorship, and people are fleeing the country if they can. The self-assured Ifemelu departs for America. There she suffers defeats and triumphs, finds and loses relationships, all the while feeling the weight of something she never thought of back home: race. Obinze had hoped to join her, but post 9/11 America will not let him in, and he plunges into a dangerous, undocumented life in London. Thirteen years later, Obinze is a wealthy man in a newly democratic Nigeria, while Ifemelu has achieved success as a blogger. But after so long apart and so many changes, will they find the courage to meet again, face to face? Fearless, gripping, spanning three continents and numerous lives, the National Book Critics Circle Award-winning Americanah is a richly told story of love and expectation set in today’s globalized world. 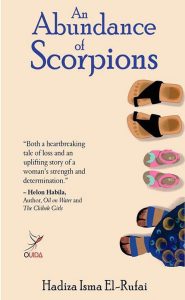 An Abundance of Scorpions

Following a horrific tragedy, Tambaya leaves Kano for Accra to live with her brother, Aminu. Sadly, her dream of a new beginning is dashed when she can no longer endure the indignity she suffers at the hands of her brother’s new wife.

Tambaya returns to northern Nigeria and soon finds work as a matron in an orphanage, under the watchful eye of the ruthless Miss Scholastica. Just when she begins to settle into her new life, an unexpected visit threatens to destroy everything she has worked so hard to build. Tambaya faces moral dilemmas on all sides, but she must stop her life from unravelling once again.

Vulnerable, and surrounded by malice, corruption and greed, Tambaya struggles to shape her destiny. An Abundance of Scorpions charts one woman’s journey through grief and uncertainty to a road that leads to self-discovery, redemption and love. 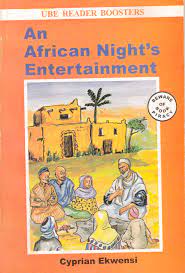 An Africa Night’s Entertainment is a story of a search for vengeance. Abu searched far and wide for someone who knows how to wreak vengeance when the girl he is to marry, married another man.