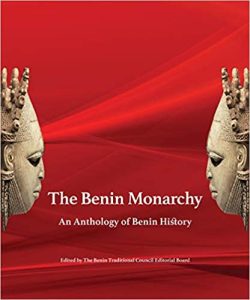 A stunning and illuminating one-of-a-kind anthology of one of the world s most ancient royal dynasties as told by its own people. Infused with the grandeur, history, artistic accomplishments, and challenges that have arisen over the centuries, The Benin Monarchy: An Anthology of Benin History is the first of its kind offering an expansive examination of the history of a nation.

The Kingdom of Benin, now a part of Nigeria, has a remarkable and complex history; epicentre of the largest historical empire ever established in the rainforest belt of West Africa, today it looks to compete with the most modern states within the continent whilst losing none of its unique heritage. Tracing the development of the Kingdom of Benin from the earliest times to the rise of the current monarchical dynasty, a royal line that has endured over 800 years, the reader is taken on a journey that includes trade with Europe, the vicissitudes of colonial and post-colonial periods and culminates in the country we see today.

The politics, religion, military, economy, society and art of Benin, including the renowned Benin bronze and ivory artworks scattered across museums across the world from The British Museum to the MOMA in New York and the Ethnological Museum in Berlin are covered by expert contributions from leading scholars providing a comprehensive anthology intended to be both informative and documentary in its scope. Further chapters on the most recent social and economic projects undertaken by the current Oba, His Royal Majesty OmoN ObaN EdoUkuAkpolokpolo, Ewuare II, Oba of Benin, in particular the fight against human trafficking, makes the volume even more timely and sharply relevant.

Complimented by superb anthropological-style photography and stunning illustrations, The Benin Monarchy: An Anthology of Benin History is a must-read for anyone interested in the history and culture of Benin in particular, and Africa in general.